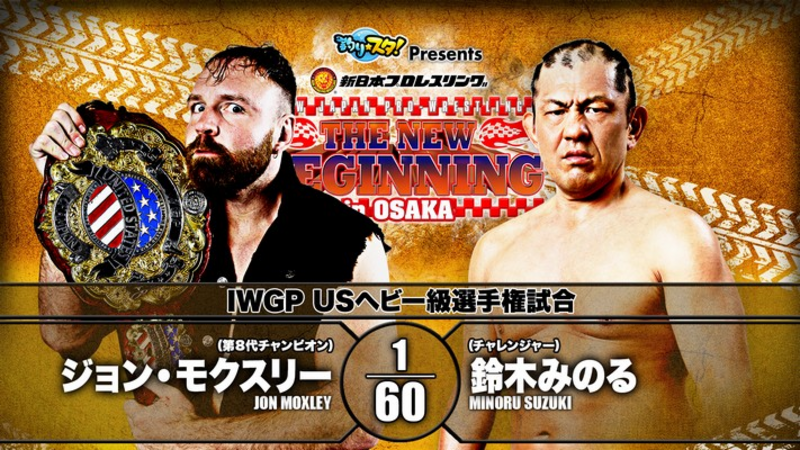 This was a highly-anticipated battle. The idea of two madmen like Minoru Suzuki and Jon Moxley fighting sounded awesome to me. Moxley called Suzuki to war with him on the ramp, so Suzuki got two chairs and brought them over for a duel. They spent about a minute of the first third or so of this match in the ring. The rest was just a wild brawl outside. I dug that because it was different from the rest of the show and fit their personalities. Some of the spots came off really well. Suzuki smashing Moxley’s arm in between two chairs was great, as was Suzuki smiling after getting put through a table. They moved into the bigger stuff late, as usual, with Suzuki coming close after locking in his sleeper hold. Moxley survived and responded with the Death Rider. That wasn’t enough because finishers mean nothing, but a second one wrapped things up in 17:16. That was just what I wanted from these two. A wild brawl filled with some big spots that played right into their personalities. [****¼] 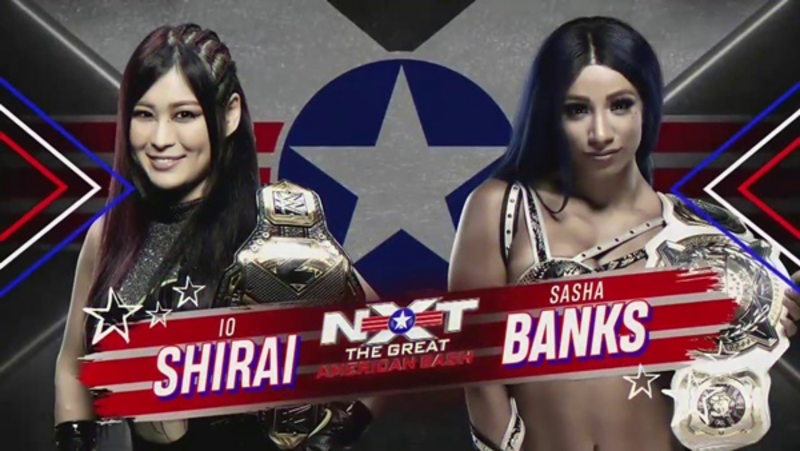 It doesn’t seem like there are many dream matches left in wrestling these days. However, WWE gave us at least one more here. The two best female wrestlers of 2020 collided as Women’s Tag Team Champion Sasha Banks faced NXT Women’s Champion Io Shirai in a highly-anticipated main event. For 14:03, these two delivered the kind of match everyone was hoping for. Banks matched Shirai at every turn but had one thing holding her back. She was arrogant and her trash talking often opened doors for Shirai to get going. The final few minutes are legendary. Spots like Sasha sunset flip powerbombing Io into the plexiglass or Io avoiding a frog splash and turning it into a cross face stand out. Some fans didn’t like the finish, as it wasn’t clean and saw Sasha’s rival, Asuka, show up to spit mist at her. That combated Bayley and allowed Shirai to win with a moonsault. I dug it as a finish through as it wasn’t a cheap DQ or something and still leaves the door open for a possible rematch in the future. [****¼] 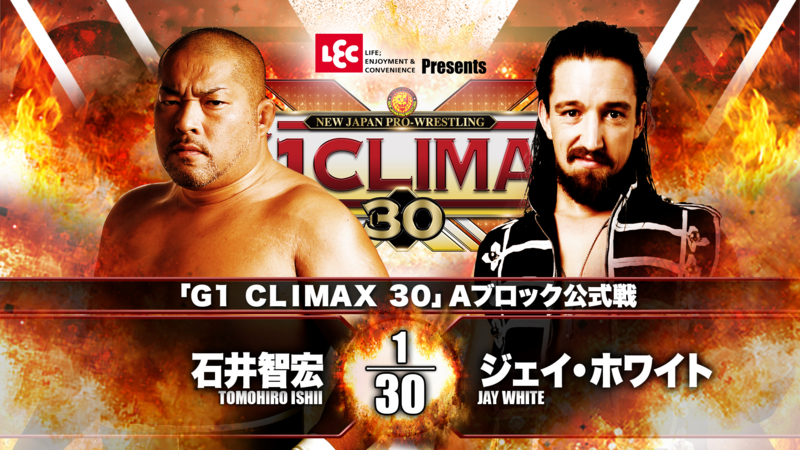 If White won, he’d have taken the block. He was immediately the prick you expect him to be, which is a great foil for Ishii always bringing heart to his matches. Similar to the Finals against Ibushi last year, Jay tried trading shots with Ishii only to find himself severely outmatched. His sadness as Ishii leaned into his shots was fantastic. I dug the desperation in his attacks on Ishii’s taped legs or having Gedo help him prevent a superplex. White busted out the TTO, which he dubbed ITO (Ishii Tap Out) for this one as the focus on the leg continued. This was going splendidly until they went into the late overbooking. A ref bump and Gedo interference saw Ishii still manage to overcome it. ISHII HIT A GODDAMN STUNDOG MILLIONAIRE. ARE YOU KIDDING ME? English commentary didn’t sell it well enough. Gedo got involved again but Ishii weathered it and put down White with the Brainbuster after an outstanding 24:35. That was a hell of a main event and I loved it. Jay White has quickly become my favorite heavyweight in NJPW. [****¼] 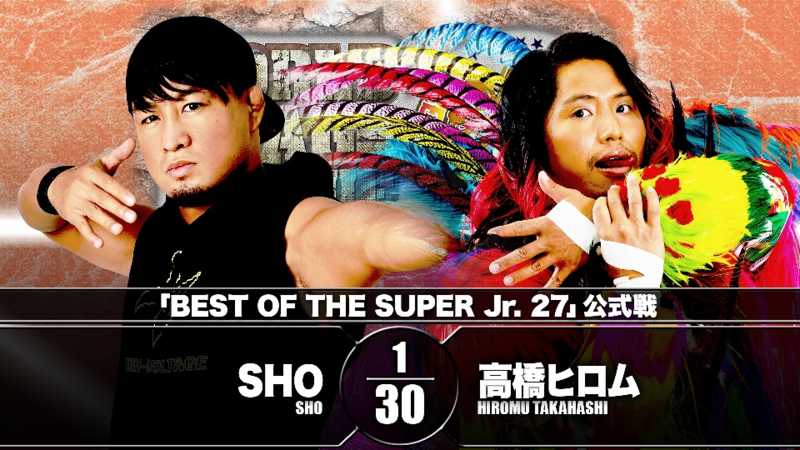 As long as he’s around, Hiromu Takahashi is the best junior heavyweight in NJPW. That’s just how it has been since he showed up. With Shingo Takagi as a heavyweight now, it opened the door for SHO to step into the role of being the division’s second best performer. Putting them together sounded like a recipe for success, as their only prior meeting in the BOSJ two years ago was great. At this point in the tournament, things were getting interesting. A win for SHO would make him 5-2, tying him atop the standings with Hiromu (since he’d lose here), El Desperado, and Taiji Ishimori. That added to the stakes and drama here. It was a battle of Hiromu’s wild style against SHO’s sheer strength. The match was filled with action and some ridiculous exchanges between two of the best in the company. In the end, after an exciting 24:53, SHO put down the former IWGP Jr. Heavyweight Champion with Shock Arrow, scoring one of the biggest wins of his career. [****¼] 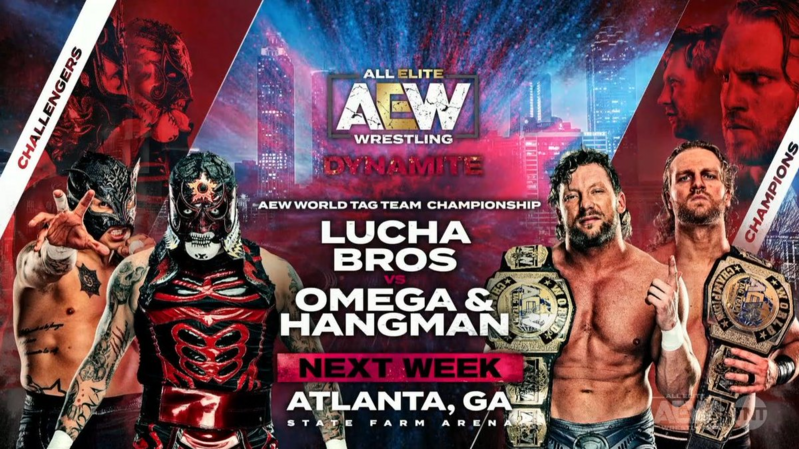 The Lucha Bros beat the champions last December (***¼). Like their previous match, this was high on action but they took everything up an extra notch. I appreciated that as it made it feel like they saved stuff for the bigger match. Omega ended up with a bad leg, giving us a story to focus on. The teams started throwing out big tandem offense early on, including a Pentagon Destroyer. It felt like the final sequence of a match but this was only about ten minutes in. The spot where Fenix hit a unique springboard rana on Omega to the outside was insane. Fenix keeps coming up with ways to impress me even though I’ve been watching him for five or so years. They brought back the finish from the 12/18/19 match where Page accidentally hit Omega with the Buckshot Lariat. However, Omega stunned everyone by kicking out of the Penta Driver. Fenix’s corkscrew dive into a knee was sick and I bit on the Tiger Driver ’98 near fall. Page got back on the apron and the V-Trigger/Buckshot Lariat sandwich finished Fenix in 15:06. That ruled. I suspected the outcome because the Bucks won the opener. However, they made me buy into the drama as I could’ve seen them doing Bucks/Lucha Bros again and maybe Page/Omega at the PPV. They threw traditional tag wrestling out the window and just had a bonkers match without ever going overboard. [****¼] 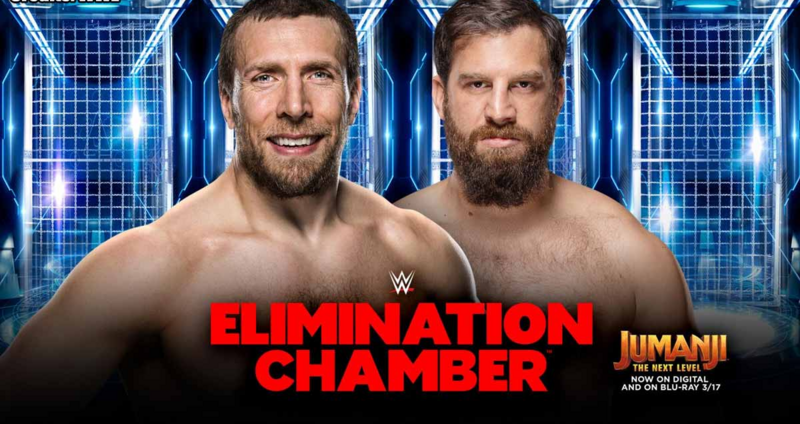 I was all for this match. I wish it had more build though. Fantastic technical wrestling as soon as this started. Bryan seemed to go out of his way to make sure that Gulak looked like more than a threat. Gulak had an answer for everything Bryan did. The story of him having pointers for Bryan’s opponents made sense because he did have a game plan. There were tons of smooth counters and quality grappling from both men. Bryan took a sick bump on his neck on a German suplex that was pretty hard to watch. Gulak added a super reverse suplex and rolled it into a Dragon Sleeper. He added elbows and rolled again, only for Bryan to slip out and counter into the Yes Lock. It was smooth as hell. Gulak passed out to lose in a fantastic 14:19. They had a stellar match that played off of the existing angle coming in, Gulak looked like a beast, and Bryan picked up the win. Phenomenal all around. [****¼] 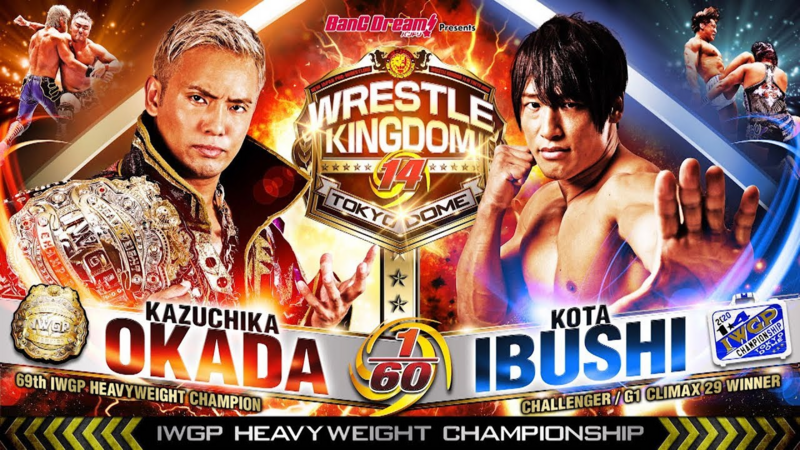 Okada got a sweet fancy entrance. He also sported shorter shorts than usual and brought out more thigh meat. He’s a man of the people. As much as I love Ibushi, he’s not the kind of guy to take Okada out of his comfort zone. My favorite Okada matches in the last few years are when he’s forced to be different (vs. Shibata, the G1 match with Omega, vs. Sabre Jr., etc.). That meant we got the methodical beginning before things picked up. It’s another case where you could probably cut out the first third and not miss much. Of course, once it got going they delivered the goods. A few spots missed the mark, like the mistimed Ibushi double stomp where Okada basically took a back bump on his own. I loved how Ibushi would just fire up and beat the shit out of Okada. It’s something he should have focused on more because he has a huge advantage there. I popped when he pulled out his own Rainmaker. The finishing stretch is the stuff you love about Okada. Tons of Rainmakers, counters, near falls, drama, etc. He finally hit one that was enough to retain after 39:16. Great stuff here but it wasn’t different enough to make it special. Ibushi is far better than the likes of SANADA, so he can add just enough of his flair to make the formula work for him. This also lacked drama since Okada/Naito seemed obvious as soon as they started this double title talk. [****¼] 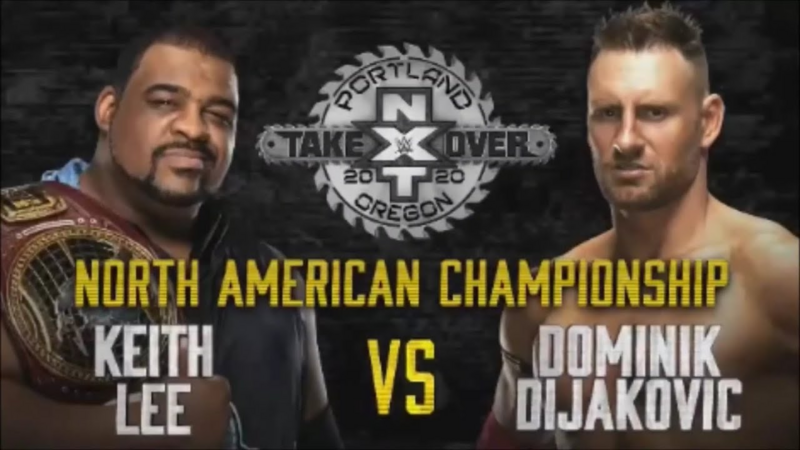 It’s only fitting that this rivalry made its way to an NXT TakeOver event. These two first met back in EVOLVE during WrestleMania weekend a few years ago. They wowed everyone by doing things that people of their size shouldn’t even be able to pull off. That trend continued everywhere they went and led to NXT. After a few good matches on TV, they saved their best for a big stage. Opening up the best TakeOver of the year, these two did what they do best. Lots of back and forth action, huge spots, and jaw-dropping moments. For 20:22, they looked like they might steal the show, though the rest of the night was about as good, if not better. Lee managed to retain his gold after a hard fought battle that added another storied chapter to their rivalry. They’d meet again for both this and the NXT Title later in the year but this was their peak. [****¼] 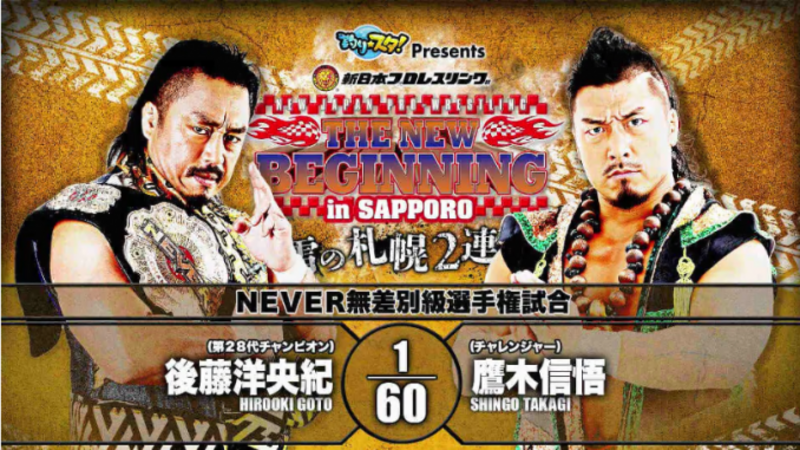 Hirooki Goto is often at his best in this environment. Put him in there against a hard hitting dude and let them beat the piss out of each other. Right off the bat, that’s what they did. This was brutal and in the same vein as the Ishii/Shingo match from last year’s G1 that I loved so much. Most of this came across as these guys being evenly matched. As it progressed the bigger blows started getting thrown. They were going to hoss it up and we were going to like it. After an avalanche DVD, this picked up for a wild finishing stretch. The GTR counter into Made in Japan was pretty fantastic. Goto kicked out but was then hit with Last of the Dragon, giving us a new champion after 20:10. I loved that. It had all the aspects I want from these two and they had their great match that I wanted. They did it all without going too long or overdoing a lot of the big spots. And we got the right winner. Push Shingo to the top, baby. [****¼] 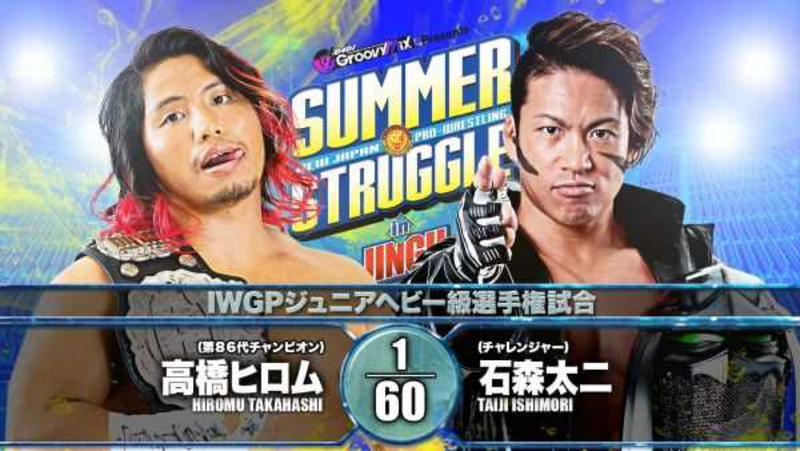 These two put on an all-time classic in the Best of the Super Juniors finals in 2018. It’s the best BOSJ Finals I’ve ever seen and is LEAGUES ahead of last year’s. Hiromu came in with his shoulder banged up, giving Ishimori a target. I loved the way these guys knew a lot about each other. One great spot saw Hiromu go for his corner belly to belly, only for Ishimori to know how to land safely and turn things around. The shoulder setup was perfect because of Ishimori’s use of the Yes Lock. It made every application of that submission feel like it could be the finish. Similar to Shingo, you got the sense that Hiromu was doing things out of desperation at times. Ultimately, Ishimori was able to make him submit to the Yes Lock after 13:30. A tremendous sprint featuring two guys who work well together. They’re so quick. It wasn’t as wild as their previous outing but used the built-in shoulder story well. I just wish Gedo could book a good title reign for someone not named Okada. [****¼]